Serena (a.k.a. Segiri) has a great passion – her music. She is a multitalented singer and songwriter and has had a notable career so far working with some of the best internationally acclaimed musicians and artists.

Serena’s musical journey has been one of experimentation and self-discovery. Her early music drew heavily on her Indian roots.

She has also worked with the UK rap sensation, Ms Banks, and her music has been a regular feature in the Music Week Urban Club charts.

Serena’s focus has now shifted to a more pop/dance sound. Her tracks with Lewis Gardiner (Ellie Goulding) and Alex Ross (Leona Lewis) have already clocked a healthy number of Spotify streams and have featured on BBC Radio.

“We each have a unique set of passions and skills that interlink to form our own unique pattern, a fingerprint. For me, these were music and law” 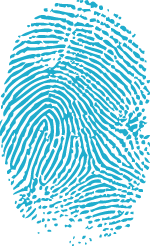 Serena built up her music career alongside a successful career as a City lawyer – two careers that do not at first seem complementary.

Using her experience as an example, Serena is keen to spread the message to young people that they should embrace their uniqueness and pursue their passions no matter the obstacles.
Serena has spent time touring schools across the UK to spread this message and she continues this journey via her initiative Discover2Dream.